4 STEPS TO TAKE WHEN YOU HAVE PROBLEMS WITH YOUR MANAGER 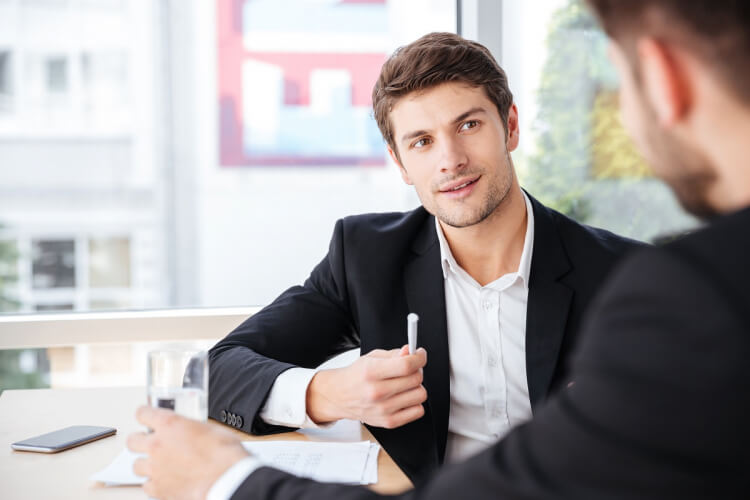 If you´re having issues with your manager and struggling to decide how to approach the situation, this blog post will go over the four most important steps for you to take.

Conflicts in the workplace are inevitable. People´s personalities are different and that´s okay. Sometimes you just have to accept that you won´t get along with certain people at your job. But what if that person that you´re having problems with is your manager? Well, that´s a little trickier. You might be a in a pickle, but we´ll help you get out of it. Here are our suggestions for four steps you can take to address the situation.

1. Talk to Your Co-Workers

Before you do anything serious about your manager problems, find a trusted co-worker (or two) and ask for a reality check. Describe the issues you have been having and ask for their opinion on them. Do the problems seem as serious to your co-worker as they do to you? How does your co-worker´s relationship with his or her manager compare to yours? Perhaps you´ll find that you´re misinterpreting the situation or taking things more personally than you should. Or, conversely, you might realize that you are, in fact, being mistreated.

Either way, it´s important to get a second opinion before you take any actions. Because, let´s be honest, if your manager problems don´t go any further than ´he looked at me weird once in the break room,´ you might need the perspective of somebody outside the situation to remind you that your manager might just have had something stuck in his eye.

2. Talk to Your Manager

If you get the second opinion that your problems with your manager are, indeed, significant, your first step, as hard as it might be, will be to speak to your manager. This conversation is all about tact. You don´t have to come right out and say ´Listen, you´re kind of a jerk.´ In fact, please don´t do that. Instead, think of it as giving feedback. Focus on the behavior that you think could be improved and present the matter to your manager in a way that doesn´t seem like an attack.

You can try the sandwich method of giving critical feedback. No, it doesn´t involve any ham and cheese, unfortunately. It´s more like this:say something positive, then say the criticism, and finish with something else positive. For example:´You do a great job of keeping track of my performance. Sometimes, though, I feel like I´m being scrutinized too closely in a way that´s stressful for me. But I always appreciate your detailed performance reviews.´

Another feedback format you can try out is the SBI method, which stands for situation, behavior, impact. For example:´Last week when I was sick, you rejected my request for time off, which led to me coming to the office and getting others sick.´ The most important thing is to be specific, concrete, non-accusatory, and to try to keep emotions out of it. Meaning you should try not to cry or yell, as tempting as it may be.

There are two situations in which we would recommend escalating the situation to HR. The first one is if you have concerns of harassment or a serious issue like your manager sabotaging your ability to get a promotion. If your problems are on this level, don´t even bother talking to your manager. Just go straight to HR. It´s their job to deal with issues of this caliber, especially harassment. If you are being harassed in any way, report it to HR immediately.

There is also the possibility that you have a more minor issue that you tried talking to your manager about and the outcome was not as you hoped. If your manager was dismissive, didn´t change his or her behavior, or - even worse - escalated it, it´s time to get HR involved. Just make sure you keep records of everything that has happened so that you can present the issue as accurately and objectively as possible. Always keep receipts.

If you´ve tried bringing your problems to HR and are still having issues with your manager, it´s time for some serious self-searching. Can you live with this problem? Is there a way you can change your own behavior or approach to help mitigate the issue? Or is it worth it to continue to push the matter with members of your company´s leadership? Maybe you even need to take a more drastic step, like looking for a new job or even reporting the problem to a government bureau. Ultimately, it´s up to you to decide your final steps. Because when it comes down to it, the only person who really manages your career is yourself. That´s a truth bomb right there.