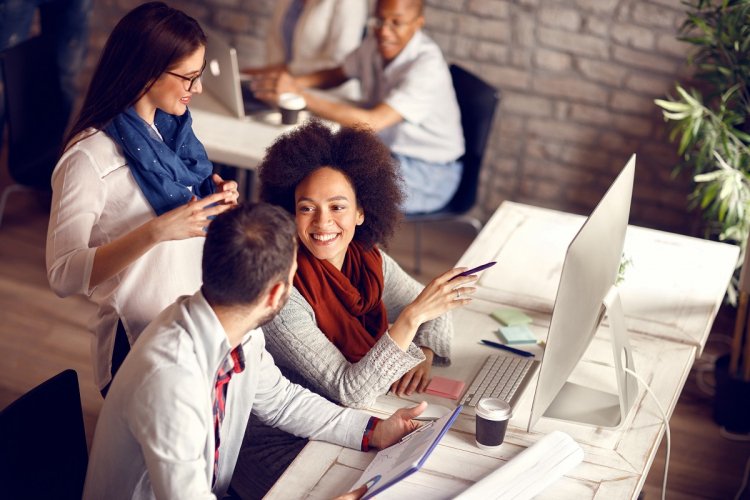 If you´re an HR professional interested in getting more people in your organization focusing on their impact on your company´s culture, this blog post is for you. We offer suggestions for how to involve everybody from individual contributors to managers.

Company culture, or the environment that´s created from an organization´s beliefs and values, goals, norms, and practices, tends to be something that only HR teams think about, yet it affects everybody. Employee satisfaction and mood can be significantly affected if not determined by a company´s culture; no one member of an organization is exempt from being impacted. So why is it that only HR teams focus on actively thinking about and contributing to company culture? Here´s how each member of your organization can affect company culture and find ways to get involved.

According to a 2013 study by TINYpulse, employee happiness is over 23% more correlated to connections with co-workers than with direct supervisors. What this suggests is that every single person at a company has a direct effect on the satisfaction level of their co-workers. In other words, if your employees want to be happy in the workplace, they can start with their own behavior toward others. The quote ´´be the change you want to see´´ certainly applies.

So what specific actions can individual contributors take to enhance company culture? Examples include:

• Forging a personal connection with teammates and co-workers by starting conversations during work breaks and company-sponsored team events.

• Giving quality feedback of both a constructive and positive nature.

• Publicly appreciating others who´ve been particularly helpful on a task or project.

• Being open to collaborating on projects.

• Having a positive, friendly, and approachable attitude during meetings and throughout the workday.

It´s not a groundbreaking idea that managers have a big impact on the happiness of their direct reports. In fact, a Gallup poll revealed that 3 out of 4 employees who quit their jobs do so because of their bosses. The point here is that managers must consider how their own actions play a critical part in the satisfaction level of an organization´s employees and realize that they´re a major contributor when it comes to shaping company culture, especially as individual contributors look to their managers as mentors and examples of how to behave in the workplace.

One thing that may surprise you is the following finding from TINYpulse´s survey: more than any other factor, managerial transparency correlates with employees´ self-reported happiness levels, even more so than their general opinions of their direct supervisors. That means that a focus on transparency should be key to managerial efforts to positively influence company culture.

Ways to improve transparency include:

• Giving regular and candid feedback about how direct reports are performing, as well as how they´re being perceived.

• Explaining the reasoning behind decisions that impact the employee´s team and work.

• Including the direct report (when possible) in decision-making and stakeholder meetings.

• Sharing updates about goings-on within the company, especially (but not only) when they affect the direct report.

• Being clear about the direct report´s path toward growth within the organization.

Other actions that managers can take include:

• Bringing in treats for birthdays, holidays, and special occasions, and as a form of recognition.

• Seeking out and taking suggestions for improvement from direct reports.

Ways to Get Every Employee Involved

We know that every member of an organization affects company culture. It´s evident that they should care about how they contribute. And we´ve equipped you with specific suggestions for how they can focus on company culture. But how do you get employees themselves to care and get involved?

• Communicate to employees their direct role in company culture and why you think they should focus on it more, using points from above if desired.

• Give employees concrete suggestions for actions they can take.

• Recognize and reward employees who take the suggested actions, or who prove to be making an effort to the same end.

• Conduct a survey asking employees what might make them more likely to focus on company culture.

• Lead by example, taking specific actions as an individual contributor and not just as a member of the HR team.

Ultimately, focusing on company culture means improving the happiness of one´s self and the other people at a company. Our hope is that these tips help you initiate positive changes in your organization that benefit all.